The Autonomous Tenants Union (ATU) is an anti-capitalist organization committed to organizing for housing justice from below and to the left. As an independent collective based in Chicago, we strategize together to defend and enforce our right to dignified housing. We believe that housing is a human right not a commodity! We fight for an end to all of evictions, and for community control of housing through the building of popular power.

Autonomous Tenants Union (ATU) was formed in the June of 2016 as several founding members were fighting their eviction. We formed ATU because we wanted our neighbors to know their rights and be equipped to fight against the swarm of developers on the horizon.

Since our formation we have supported the formation and fought alongside eight tenants unions across the city. In 2017, we are working to organize rent strikes and push wealthy developers who want to displace our community out of Albany Park!
In conjunction with many organizations within Albany Park we have created the Albany Park Defense Network in order to: promote Tenants Rights workshops, Immigration Rights workshops, create a neighborhood rapid response network, and cement the tie between anti-deportation and anti-eviction work. 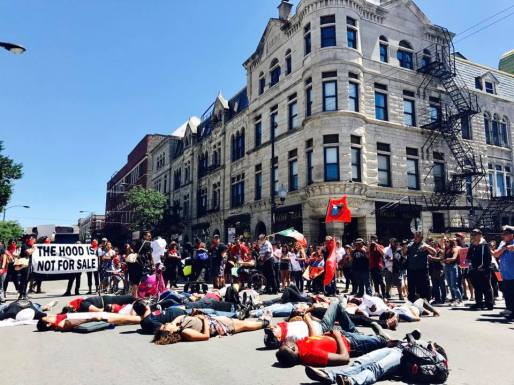 Get to know ATU