As an urban scholar of globalization my scholarship is situated at the intersection of geography, planning, and feminist studies, using case study and ethnographic methodologies. A native of Iran, I did my undergraduate studies at the College of Fine Arts at the Tehran University. I graduated with a Master’s degree in Architecture at the Norwegian Institute of Technology in Trondheim and then completed my doctoral studies at the University of California, Berkeley. Over the years my research and teaching has spanned several countries including Chile, Mexico, Canada, Australia, South Africa, the United States and most recently Togo. In 2014 I was named as University Scholar, a prestigious award the University of Illinois bestows on its faculty for excellence in teaching, scholarship and service.

My research interest concerns social aspects of urban development and planning. In this broad area, I am interested in the global and local development processes and contingencies involved in the formation of the city and citizens’ struggles to access dignified livelihood — namely how groups disadvantaged by class, gender, race and ethnicity access resources such as shelter, basic services and income. In the 1980s and 1990s I studied the global through the experience of local communities in Latin America; since the mid-1990s I have studied the global neoliberal policies through the experience of townships in post-apartheid South Africa. In my current project using a relational frame of analysis I seek to reveal the development connections and dependencies across seemingly far away communities located across the globe but intimately connected through everyday practices of their transnational families.

My 2016 book Global Heartland: Displaced Labor, Transnational Lives and Local Placemaking accounts for the relational development processes that take place in Togo, Mexico and Illinois. My scholarship, the kind of questions I ask, the methodologies I use, and the insights I aspire to offer to the public are all greatly influenced by my activist past and drive for global justice.

My teaching covers the following: planning theory, international and community development; socio-cultural formation of cities; grassroots strategies; migration and transnational urbanism; the reconfigured state-society relations for provision of basic services and housing; and a critique of the dominant global neoliberal policy framework. 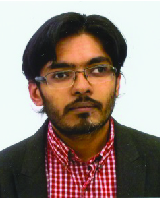 Efadul Huq is a doctoral student in Urban Planning at UIUC. His research interests are transnational solidarity networks and insurgent planning that uphold housing and labor rights of marginalized communities. Huq has worked with several community and student organizations that focus on issues of immigration, economic justice, and human rights. In the spring of 2015, he successfully organized with students and Bangladeshi workers to stop UIUC from renewing their contract with VF Corp, which is involved in numerous labor rights violations in Bangladesh. He has also interned at Mexico Solidarity Network (MSN), where he contributed to their housing program by collecting data, conducting surveys, and producing data visualizations. Huq in recipient of the Fred S. Bailey Fellowship for community leadership, service, and activism, award bestowed on him in recognition of his dedication to social justice and his committed participation in local organizations such as CU Immigration Forum. Huq is also a multimedia storyteller: he has hosted live radio shows and received the Roy F. Powell award for fiction writing.

Professor Harwood’s research, rooted in social justice, focuses on the emerging field of planning for difference and diversity. She links scholarship to planning practice by examining how practitioners deal with the mandates of participation and equity in land-use planning and how planning codes and regulations differentially affect diverse populations. This interest is founded on years of participant-observation of planning in U.S. and Latin American cities, where she has paid particular attention to the phenomenon of multicultural communities in which planning processes that endorse the ideals of justice and tolerance nevertheless often fall short.

Research on planning in multicultural communities queries whether planning criteria and processes are compatible with the needs and desires of the residents and workforce in a diverse community. Such tensions are struggles over space and belonging in society. Professor Harwood’s research demonstrates that (1) the local government sponsored neighborhood improvement programs are problematic for neighborhood activists; they bring about positive physical change, but vitiate the effort for more fundamental, social change; (2) land use ordinances and other municipal codes serve as a city’s border checkpoints by regulating socio-cultural differences; and (3) the strategy of using “scenarios” can strengthen community planning by building both trust and planning capacity in multicultural settings, laying important groundwork to creating planning process that embrace rather than reject difference.
Professor Harwood’s courses incorporate opportunities for student learning through engagement with resource-poor communities and organizations in East St. Louis, Springfield and Champaign-Urbana, Illinois. She teaches Local Policy and Immigration (UP535), Planning History and Theory (UP501), Neighborhood Revitalization (UP474) and Cities and Immigrants (UP335). She is also a participating faculty member in the Sustainable Futures Program, a ten-week interdisciplinary summer studio in Costa Rica where students live in a rural Costa Rica rain forest community struggling to achieve a balance between its agricultural based economy, the pressures of eco-tourism, and the desire to save the rain forest. In her free time, Professor Harwood enjoys hanging out with her children, practicing Tae Kwon Do, and reading the newspaper with a cup of coffee on Sunday morning. 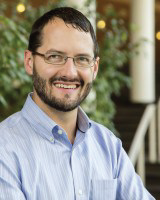 Marc Doussard’s research examines urban economic development through changes to footloose and placebound industries. His book Degraded Work (University of Minnesota Press) documents the restructuring of local-serving industries and the paths to upward mobility opened and foreclosed by changing competitive practices. His subsequent work on these industries includes the co-authored study Fast Food, Poverty Wages: The Public Cost of Low-Wage Jobs in the Fast Food Industry, and ongoing research on wage-theft laws, community-labor coalitions outside of large cities, and the national fast food organizing campaign.
This focus on the neglected subject of local-serving industries complements ongoing research on the contribution of innovative, mobile industries to local labor market opportunities. Here, his research covers manufacturing Makerspaces and the local institutions that convert innovation into employment.
Doussard received a B.A. from Columbia College, and his M.U.P.P. and Ph.D. from the University of Illinois at Chicago, where he was long-time associate of the Center for Urban Economic Development. His past and current research partners include EnterpriseWorks, Fast Food Forward, the Service Employees International Union, the Association of Community Organizations for Reform Now, the United Food and Commercial Workers, UNITE HERE!, the Humboldt Park Chamber of Commerce, Women Employed, Action Now, Local First Chicago, the Illinois Department of Revenue and the U.S. Department of Defense. 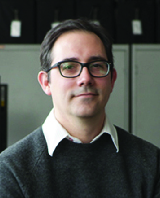 Ryan is currently involved in a number of collaborative research and art projects focused on the political ecology of the midwest. With Sarah Ross, he co-founded Regional Relationships, a platform for visual art and writing that finds connections across cultural and geographical borders, and challenges common distinctions between urban and rural spaces. He also works with Compass Collaborators, a collective of writers, artists, scholars and activists, on publications, exhibitions, and public events in what they call the Midwest Radical Culture Corridor.
Under the name Temporary Travel Office, Ryan has created work and publications that attempt to use tourism as an opportunity for critical public encounters. These encounters include public tours of urban parking lots, speculative proposals for parks and hotels and a series of experimental guidebooks. These works have been presented in various institutional forums, including the Los Angeles County Museum of Art, the Bureau for Open Culture, AREA Chicago, The MAK Center, The Center for Land Use Interpretation and Los Angeles Contemporary Exhibitions.
His writing has appeared in publications such as New Art Examiner, RePublic, ArtUS, Artlink, Rhizome and Furtherfield. He has curated exhibitions for the School of the Art Institute of Chicago, Turbulence.org, Greenmuseum.org and George Mason University on themes that include the politics of genetic technologies, energy consumption and artistic forays into agriculture.
For the last few years, Ryan has been coordinating Art In These Times, an art venue on Chicago’s west side, hosted by In These Times Magazine. It features 2-3 exhibitions per year by artists and organizations working for social justice in the city and at large.
Ryan was born and raised in Florida.
Additional Project Links Between the Bottomlands & the World (A documentary-media project about globalization in a small town) Global Cities, Model Worlds (Exhibition design that asks how World’s Fairs and Olympic Games unequitably reshape cities) 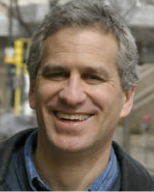 Professor of Sociology
University of Minnesota

Michael Goldman is Associate Professor in the Department of Sociology and the Institute for Global Studies at the University of Minnesota and the V.K.R.V. Rao Chair Professor at the Institute for Social and Economic Change in Bangalore, India. He specializes in transnational, political, and environmental sociology; global urbanization; and expert networks of finance, development, and urbanism. His latest book, based on a decade-long ethnography of the World Bank, is titled Imperial Nature: The World Bank and Struggles for Social Justice in the Age of Globalization. Professor Goldman has been the recipient of numerous awards including the John D. and Catherine T. MacArthur Research and Writing Fellowship, Yale University Agrarian Studies Fellowship, Ciriacy-Wantrup Fellowship at UC Berkeley, Fulbright Fellowship, American Institute for Indian Studies Fellowship, and the McKnight Presidential Fellowship at the University of Minnesota. His current research, titled “Bangalore: The Making of a World City,” focuses on the transformations occurring in major cities in the global South, with an emphasis on Bangalore, India. 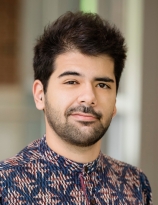 Doctoral Student in Anthropology
University of Illinois at Urbana-Champaign (UIUC)

David is a fourth-year Ph.D. student in sociocultural anthropology at the University of Illinois, Urbana-Champaign. His research examines the relationship between waste infrastructures, environmental discourse and policy, and broader processes of violence and marginalization in Colombia’s cities. David currently assists the Office of Undergraduate Research (OUR) with the development and coordination of OUR’s course-based research program, the Ethnography of the University Initiative. He also served as Co-president of the Graduate Employees’ Organization Local 63100. 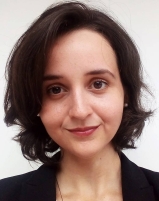 After starting a non-profit organization and working for 5 years with community development in favelas and peripheral neighborhoods in Brazil, Aline joined the Master in Urban Planning program at the University of Illinois at Urbana-Champaign. With Professor Faranak Miraftab as her Thesis advisor and Clarissa Freitas in the thesis committee, she investigated imagination in the context of insurgent planning through the case study of the housing grassroots movement MTST – Movimento dos Trabalhadores Sem-Teto in São Paulo, Brazil. In 2018, she received the Outstanding Capstone Award for a Thesis from the Department of Urban and Regional Planning at UIUC and the Joseph Jaworski Next Generation Foresight Practitioners South America Special Award. Aline is currently in Bangkok, Thailand, working at the United Nations Economic and Social Commission for Asia and Pacific (UN ESCAP). 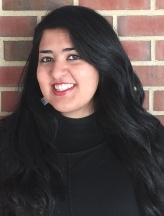 Atyeh is a doctoral student in Urban Planning at UIUC. She comes from Iran and was born and raised within the intertwined fabric of a patriarchal society, experiencing gender inequality and its implications each and every day. That is why her research deals with everyday development of urban environment in Iran’s poor quarters through gendered practices using feminist social reproduction lens, in particular a radical care approach. Moreover, her studies in architecture, landscape architecture and planning help her see the built environment on a spectrum and realize the potential of the built environment and public space as mediums of change in combating social injustice issues. Atyeh was named the 2017 University Olmsted Scholar for her work via Landscape Architecture foundation throughout USA and Canada.